Those who know me in real life (and probably many who only know me online) know that I am a diehard ROSE UNDER FIRE fangirl. 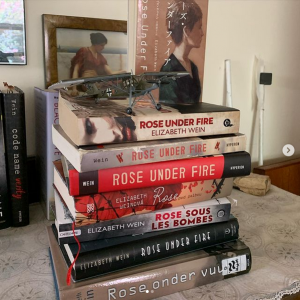 I own (as far as I know) every edition of the book in every language it’s been translated into (well, I don’t own the second, marginally different UK cover or the Canadian paperback; that seemed overkill even to me). Audiobook not pictured. My friend made me a model Storch and a model Spitfire (both planes that feature in the story, only the Storch is pictured above). I have identified strongly with Rose and I think it’s the best book Elizabeth Wein has ever written, much as I love all her other stories.

Every year, when the eighth of May rolls around, I think of V-E Day, and how Maddie trundled a shell-shocked Rose out of hiding in her hotel room at last, and how she ended up with an armful of lilacs. 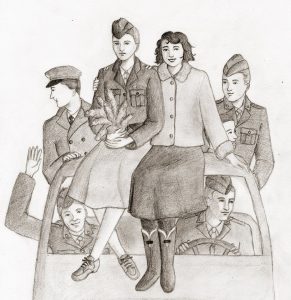 My own lilacs–a straggly, out-of-hand bush that came with the property–always bloom right on time for V-E Day. Obviously it’s a day for remembering victory in Europe at the end of a brutal conflict, but on another level, V-E Day holds for me its own, meta Rose-Under-Fire-y meaning that I draw from the V-E Day scene in the book. 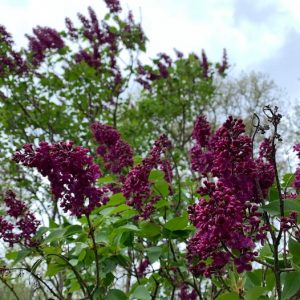 In October of 2019, two friends and I had Elizabeth Wein to ourselves for a long weekend. It was like a miniature E Wein Con and it was fantastic. There was so much museum-ing, and aviation history, and sentient umbrellas, and stuff. On the Friday night I made dinner, the menu of which was principally Foods That Get Mentioned in Rose Under Fire. (I AM A GIANT NERD OK)

Pork barbecue served with an ice cream scoop on white rolls (okay, so I cheated there a bit, because I’m vegetarian [and an aspiring culinary alchemist], but I found a 1927 ice cream scoop at an antique store that more than compensated IMO). Shirley Temples. Boston creme pie.

(Did any of us take photos to prove the existence of this meal? No. Elizabeth was recuperating from signing like 50 copies of her books that we had collectively piled on the dining room table, but the rest of us really had no excuse.)

I am a nervous ball of anxiety about a lot of things, not the least of which is Being Elizabeth’s Friend. I still have to pinch myself about it, despite having been social media mutuals for five years and counting, and despite her being nothing but lovely and mothery in all that time. (I guess I’ve been burned so many times by seemingly-nice people that my ability to trust anyone to actually be consistently GOOD is really, really hard.)

That weekend was marvellous, even if it did include me having one of my lovely little meltdowns, and afterwards we talked about how food-focused the weekend was and how weirdly appropriate that was to the Rose Theme, and she basically assigned us all characters. Elizabeth is automatically Lisette, so that left Irina, Rose, and Róża.

Irina and Rose got bestowed on the other two friends.

Guess who ended up sorted into House Róża?

I haven’t quit thinking about that since. Being Rose, and identifying with Rose, is mostly wishful thinking. The comparison isn’t entirely inaccurate, of course, but I’ve come to embrace the new identity more. I am a hot mess! Being a hot mess is okay! A hot mess can still accomplish things in life! It just might take longer.

So this V-E Day, I am celebrating Not Being Perfect. Just like those lilacs come back every single year, and shoot out new little branches every single year as I slowly prune its untamed, neglected bulk down to a manageable and aesthetically pleasing size and shape, I too can grow. There is life beneath the blade.

I’m also celebrating my little “camp family”, because found family is real, and it is wonderful and keeps me from going crazy in the Absent Status of most my biological family.

Lisette, and Irina, and Róża, and Rose. 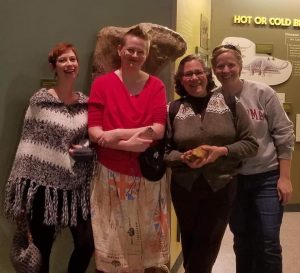